Off to another semester at UNA! Last one not so great as I dealt with some personal tragedy, but this time I am looking forward to a wonderful one!  I am a little overwhlemed with this technology course, but I have to realize it is a process.  Makes me a little uneasy.  My students know way more than I do which I find quite entertaining at times. since I go my degree much late in life than most.   I bought two iPads for my classroom in December, my students had them up and running in no…

Discussion Topic: Standing at the check-out counter in your host country can get uncomfortable!!! Can you relate to this feeling?

"How much do you need to say when you are going through the check-out line?  Not much usually. Just get your items through the scanner, swipe your credit card, bag your goods up in a reusable bag that you brought and then you get on your way.

It is not always that easy though.  Every once and awhile you get a cashier that decides to have a chat with you.  If you don’t know the local language so… ABCmouse.com has a Beginning Reader Series for book apps: Word Families.  Currently there are 6 titles in the series.  All the apps are free.

This is a series introducing “young learners to the joys of reading through stories that emphasize word families, ie. groups of words with the same ending sound, such as hot, pot, and not. Each story in the Beginning Reader Series is told in…

I'm Not That Super Teacher: When Teaching Takes Its Toll!

My eyes are burning.

My blood pressure is high for the first time in 53 years.

My doctor swears that I have mild arthritis in my knees.

"Faster than a speeding bullet, more powerful than a locomotive, and able to leap tall buildings in a single bound"

Nope, not me, I'm not that Super Teacher.

At a recent EdCamp I attended, a student-led session highlighted the idea that the best way to…
Continue

The Yin to Twitter's Yang: The PLN all educators need

Here is my latest blog post. I mentioned this PLN in the article.

My names Denise and Im elementary teacher in Brazil. I have been reading  a lot on the future of the book: softwares to develop creatives books, sharing of knowledge, public politics to libraries, cheap solutions to e-readers...and well, I am here with you. Id love exchange ideas and concepts and learn much more, especially that fantastic Plataform called Sophie 2.0. I want say to all, I am not proficient in english then...excuse me if I commit something wrong when write.
Thanks for…

Why Twitter is the hub of my personal learning network

A few days ago a teacher in our district asked me about different online publishing platforms for her students. She explained that her students are working on writing mystery stories and she was looking for a way for them to share their writing with others, get feedback and publish their work.

In the days B.T. (Before Twitter), I would have headed right for Google and dug in. But I didn't. Instead, I sent out the following tweet:…

Our Experience of an EdCamp

Let me begin by giving full credit to this blog post to Andrea Hernandez, our Director of

Teaching & Learning, not only for most of the ideas, but the links as well.  We are finishing up planning for next Friday's scheduled "Professional Development" Day - an annual day of school without students, dedicated to…

How do I go about Blogging?

If there is one thing that Social Media in education has taught me it is: Never answer for someone else’s need to know! In a world of discussions using tweets and posts there is an audience for discussion on any level of experience on any given subject. The subjects that I deal with most often involve Education, Social Media, or Social Media in Education.

Meatiness - the degree to which something deepens or accentuates an experience.  For example, the meatiness of discussion relies on the depth of knowledge each person(s) has about the topic.  Or, a class is meaty because it gives so much to think about. We need meaty learners, learners who can identify their passions and learn about them.  What is this kind of learning and what is it not? Let's start with what it is not.  It is not sitting in a lecture or presentation.  It…

Meatiness - the degree to which something deepens or accentuates an experience.  For example, the meatiness of discussion relies on the depth of knowledge each person(s) has about the topic.  Or, a class is meaty because it gives so much to think about. We need meaty learners, learners who can identify their passions and learn about them.  What is this kind of learning and what is it not? Let's start with what it is not.  It is not sitting in a lecture or presentation.  It…

Applications for classrooms and debate teams are due February 7. Expressions of interest to help with judging and coaching will be taken any time from now on. Classrooms applying and Judges and Volunteers fill in the same online form: http://tinyurl.com/Eracism13-1. We need more classrooms from all over the world to…

50 Educational Podcasts You Should Check Out Maybe you don’t have time to sit down and sift through the latest education blogs for ideas and inspiration. If the thought of trying to carve out more hours in your day leaves you feeling overwhelmed, this list is for you.

Podcasts are a great way to get information when you’re driving in your car, making dinner at home, or waiting at the DMV to renew your license. Podcasts don’t force you to find… WWF (World Wildlife Fund) launched a new app recently, called WWA Together.  The app introduces the amazing animals, such as tiger, elephant, panda, with stunning photographs.  With the short paragraphs and interesting facts about the animals, it is great for after-dinner read aloud with families.  I think I am going to read it with my…

Dissect a Frog on iPAD Did you dissect a frog when you were in school?  How did you like it?  Today I am going to introduce an app Frog Dissection.  It brings the whole dissection process onto iPAD.  It won’t replace the real practice, but it is a wonderful tool to learn about the dissection process, the organs, and frog’s body and life.  For those who can’t enjoy the real…

As a result of teaching my students about fair use of web content, I have become enamored with mashups. For those who are not familiar with the term "mashup", it can be a conglomeration of video, audio, or pictures that are remixed or reused in a new way to create a new composition.

Mashups can be used in education as a creative means to communicate what students have learned.

This is a brief example of how to create an app tutorial with an iPad.

Creating content is possible with any iPad. In just a few hours using simple resources (such as images, PPT or Keynote and audio files), we were able to create a few tutorials explaining the basic functions of our app. The process is simple, and we decided to share this step by step guide for anyone looking to create their own tutorials. 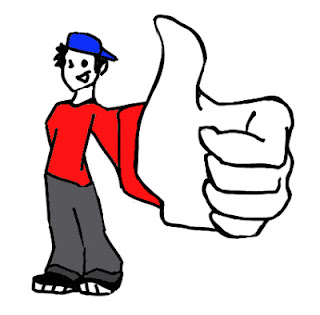 After a trying morning with one of my students, I approached his desk. In a quiet voice, I let him know that I was disappointed in the behavior he had been exhibiting. At least I thought I was being quiet. I forgot that my students can hear everything I say when I am NOT talking to…

15 Education Technologies To Check Out in 2013 What latest gadgets and gizmos are going to change your classroom in 2013?

It’s hard to know exactly what will catch on and what won’t, but the following list showcases some of the emerging new technologies, software, and platforms available. With their innovation and practicality, many of these are poised to enter the classroom and change the way students and teachers learn…

John Maker commented on Jim Marshall's blog post How to Educate Your Child to Prepare for College?
"Good post! As I know this process is not so simple and require time and money. By the way if you will need some additional money for this important situation I can recommend good payday loans nc service, you can gey money on your card right now…"
Wednesday